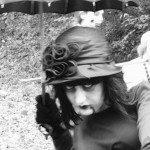 Mainstream visions of apocalypse invite us to adopt a survivalist’s view of the world. They present the claiming and fortifying of territory, the hoarding of resources, the destruction of threatening “others,” and the securing of potentially reproductive bodies as “common sense” actions in the aftermath of disaster. Such visions demand both sustained critique and creative counter-readings. In this course, we interrogate the gender, racial, and generational politics of survivalist fantasies while, at the same time, re-reading them for the alternative ethical frameworks and possible futures that they suppress. What kinds of violence inhere in visions of empty—or emptied—landscapes, as well as in the new beginnings projected onto them? How do survivalists suppress, deflect, or otherwise respond to conditions of general precariousness? What might anti-racist, queer, feminist, and/or anti-colonial responses to a post-apocalyptic world look like? Drawing on both fiction and theory, we explore the contested re-beginnings at stake in contemporary visions of The End.

** I taught this course for three years at the University of Toronto, but have now replaced it with this one. So here’s the course outline in case you’re curious about what we were up to: WGS 334 Syllabus 2015. RIP Feminism, Zombies, and Survivalism (er… until next time?)